The 1920's marked an era of growth and progression for many nations worldwide. Leaving the war-time years and the Spanish Flu pandemic pandemic behind, Loreto Normanhurst took the decade in its stride.

As the economy recovered and families were reunited, enrolments at the School steadily improved. Between 1920 and 1929, the School gradually grew from 77 pupils (65 boarders and 12 day students) to 84. When the School first opened in 1897, there had been only 35 pupils. Students attended from kindergarten through to the Leaving Certificate. Boarders came from country towns like Moree, Young and Walcha, and from the cities of Townsville, Brisbane and Greater Sydney.

A number of entries by the Loreto Sisters show the desperate need for new facilities to accommodate this growth. Not only did it make for tight living spaces, but occasions such as Holy Week Ceremonies couldn't be held as the old Chapel was too small. The School's first building expansion came in 1921, and another followed in 1928. By the decade's end, the School had new boarding dormitories, a dining refectory, a larger chapel (Holy Angels) and a new junior classroom.

New implements during the 1920's included changes to the uniform and the division of the school year into three terms. For the first time, a Head of School (School Captain) was recorded in 1921. Mary Campbell (Class of 1923) would hold the role for three successive years as she worked towards her Leaving Certificate. Wtih the Head of School were typically 3-4 Councillors (Prefects).

After the tough war-time years, the 1920's was a decade of exciting advancements and lighter spirits. Feast Days were greatly anticipated occasions, and the girls and Sisters delighted in using the new Chapel. But the celebrations didn't always go according to plan. The Corpus Christi procession, taking place outdoors, was cancelled on several occasions due to rain.

"We prepared for the Feast of Corpus Christi with our usual enthusiasm. We ransacked the 'Bush' and came home lade with lovely creepers to decorate the route the procession was to follow, and the arbours... at half-past eleven, everything looked beautiful. At half-past twelve, down came the rain in a deluge... Great was [Kirribilli's] disappointment and ours..." 2

Some charming entires were recorded in the Eucalyptus Blossoms, of how the girls enjoyed other Feast Days.

For the Feast of Loreto, some past pupils were welcomed back to help host the feast. The morning began with a tennis tournament, before a recital was performed for guests. However, it was a surprise at the evening dinner that was a cause for the girls' delight.

"At seven we sat down to the banquet. A ballon in a shape of a duck or piggie graced each girl's place. You might have thought it would be beneath the dignity of the Firsts to disport themselves with these; but it wasn't. In fact, next day, they had to issue an edict that they were not to be squeaked indoors, and it wasn't the juniors that were squeaking them..." 2 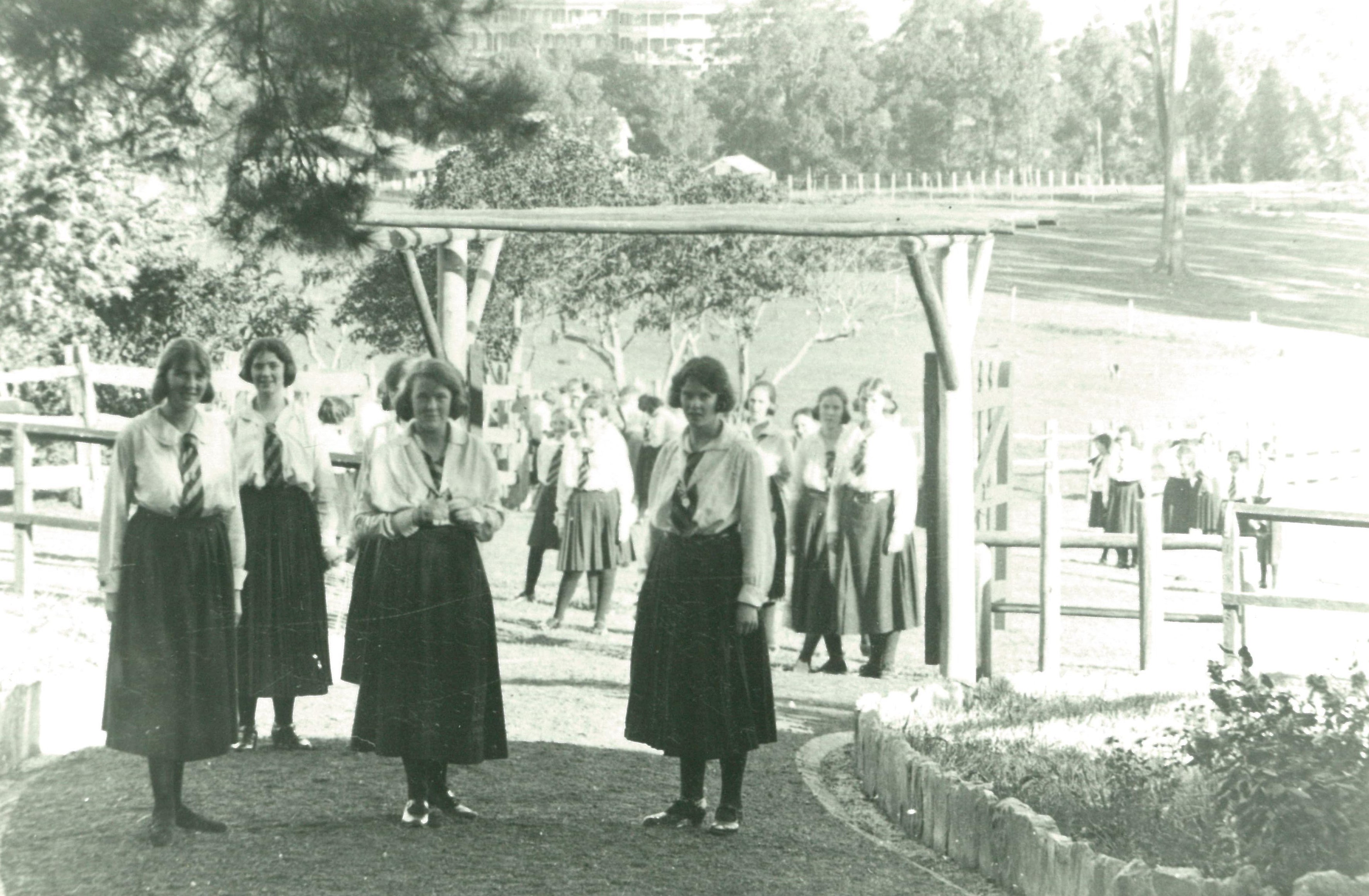 On the Feast of St. Aloysius, a 'profile evening' was held. Each boarder had their profile drawn 'in charcoal on brown paper and a characteristic mottor underneath'; the remaining girls then had to guess to whom each portrait belonged.

Great pleasure came from the introduction of movie nights held by the Sisters. Five films were shown at the Convent in 1927, on loan from Mr Coyel and Mr Forrest. The following year, the Sisters had arranged for their own film projector. As the 'talkies' made their way onto the screens and replaced silent pictures, films like Ben Hur, Scaramouche, King of Kings and Peter Pan were much enjoyed. The tradition of movie nights have been enjoyed by boarders for decades since.

A Love of Learning

The arts and extracurricular pastimes continued to flourish at the School. One or two evenings a term, the girls welcomed artists, who had come to put on a musical or artistic performance for them. The girls also had the opportunity to learn from Visiting Masters, who taught physical culture, dancing, singing, orchestra, elocution and tennis. Reflecting on their talents, the girls recorded:

"The tennis matches against the other schools for the shield began very early this year... We did not distinguish ourselves very much."2

"Grade III - Joan Harris won prize. Highest marks in State in Grade III [piano]. She had to go in to the Conservatorium to play at the Concert for those special winners."1

Given the limits of communication at that time, the girls had a great curiosity to learn from the world around them. Special guests were invited to present lectures during school terms, on topics of faith, current affairs and other world cultures.

Often their news came from the Eucalyptus Blossoms or friends that had travelled abroad. In their reflection on the school year, Normo girls recorded the adventures of their classmates:

"In the first time Maisie Cain left for a trip to America, being promised an extra year at school in compensation, and about the same time Phyllis Lynch left to see if Europe is really in as deplorable a state as we're told out here... Evelyn Moore and Mary are the latest to travel to the old world. Evelyn promises photographs of any places of particular interest to us."2

The optimism, excitement and progression of the 1920's was not to last, however. At the end of 1929, the Great Depression would topple worldwide economies and plunge many families, including the Loreto Normanhurst community, into debt and severe hardship.

Next #flashbackfriday we'll take a look at Loreto during the Great Depression and the 1930's.

We invite you to share your LN memories and photos with us - did your grandmother or relative attend LN in the 1930's? What era did you attend our School? Reach out to us via the Share News function below for a chance to be featured in an upcoming post.